Festival Versiliana: All you need to know

The Versiliana park, now a communal property, extends itself at Marina di Pietrasanta on almost a million square metres, from Fiumetto to viale Apua, and until the border with the town of Forte dei Marmi. An intense cultural programming of quality (prose, ballet, music, cinema and cabaret) takes place in the summertime in the vast and dense pinewood around the famous villa that hosted the poet D’Annunzio. A straight boulevard, planted with trees, starts from Fiumetto and goes towards the interior of the land leading to the county town (3,5Km) Pietrasanta, which is located between the Aurelia and the Apuan AlpsThe Versiliana, not devoid of cultural traditions of great importance, has not only imposed itself as the most prestigious place for cultural entertainment in Versilia but has also affirmed itself nationally. The Versiliana Park, where the Festival takes place during summer, owes its name to the villa of the homonym name that was built in it at the end of the XVIII century. The fascination and magic that surround this splendid residence that became famous for hosting Gabriele d’Annunzio during the first years of the 1900s are undeniable.

The story of his stays at the Versiliana often gets confused with the legend, with many suppositions on his stays, on the women who accompanied him, or on the works he wrote inspired by this natural landscape. It is however possible to recognise in the great poet the promoter of the afternoon meetings and of the open-air shows. In fact, he loved to talk to his friends under the shade of the splendid pine trees of the park and he got involved in promoting an open-air theatre where his work as well as the literature classics could be recited.

The Versiliana Café starter at the beginning of the 80s, when “talk shows” didn’t exist yet and it soon became a huge success. Every year, as a prestigious and coveted window, it presents the most notorious people of the world of culture, politics, journalism, entertainment and fashion who have written a book or have had a book written about them. Interviews and declarations made on the small stage of the “Versiliana Café” have often filled the newspapers first pages and unleashed TV programmes speculation. It is a unique space of daily life in Italy.

"The Children’s Versiliana" had to be created, a space for children dedicated to creative playing, to fables that small children not only listen to, but also take part into in order to make them come to life: in the process, children come to understand the secret that each fable holds. A small theatre holds daily shows created by companies that are specialised in children theatre. It is a natural space, simple and creative, immersed into the green of the park. 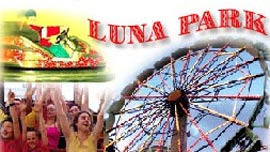 Festival Versiliana How to reach: 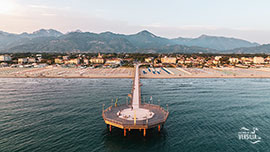